Yesterday, Harold, Bruce Slifer and arborist Pierre Erhard, who is also the tree warden in Wenham. MA took the skiff out to Hog Island and cut down two trees to fashion into a new fore boom, fore gaff and jumbo club for the schooner Adventure. Pierre is a professional arborist who has worked with us on many projects including the schooner Ardelle and Bruce helped build the main mast and several other spars for the Ardelle so we were glad to have them both with us. We would really like to thank the Trustees of Reservations for giving us permission to harvest these wonderful specimens of spruce from the island as they did with the schooner Lannon, the Lewis H. Story and the schooner Fame. It was nice to be out on the island again and it brought back great memories of working on these boats. Thanks, Bruce and Pierre for taking these photos! 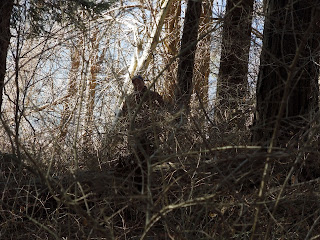 Posted by Harold Burnham at 5:11 AM